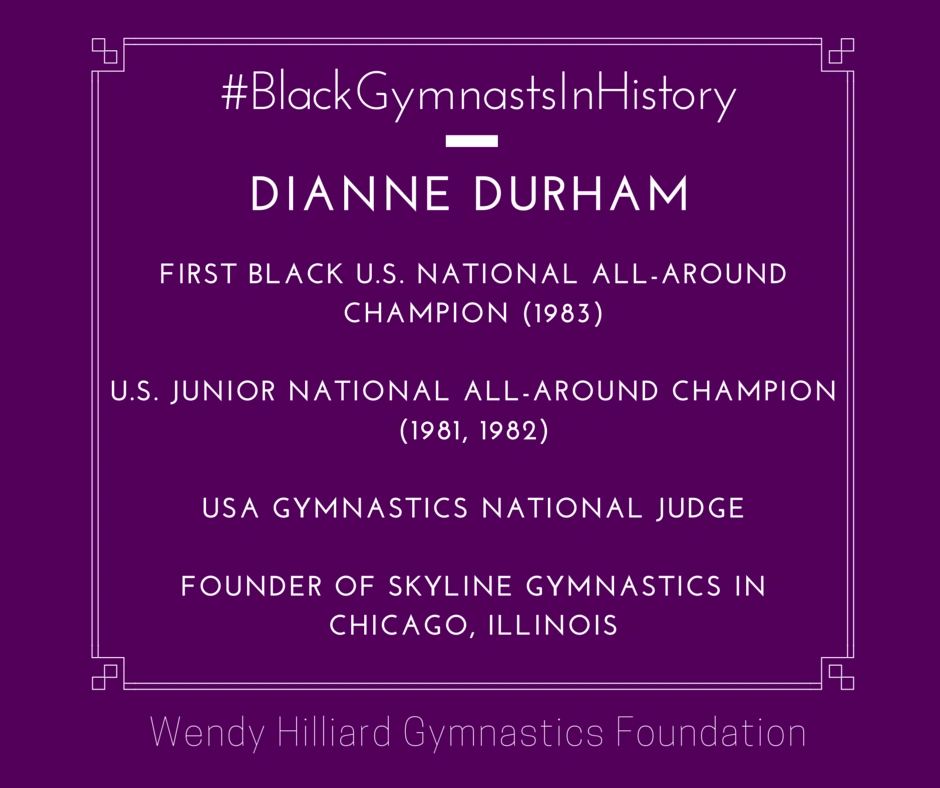 Dianne Durham was a total powerhouse and an amazing gymnast. 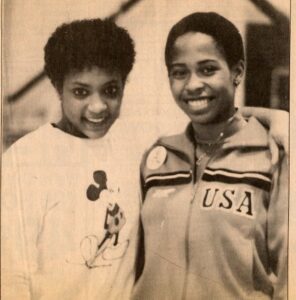 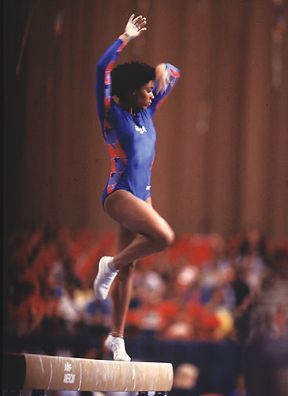 The gymnastics world is just not the same without Dianne. This past year she has been honored and celebrated for the incredible gymnastics that inspired so many, her impact on the sport, her personality, and her spirit that we will miss so much. Her hometown, Gary, Indiana, adored her. We all did, the gymnastics teammates she traveled the world with –  the gymnasts she coached – judges she judged with – those fortunate enough to perform in shows with her and, of course, her family- husband Tom, sister Angela, and her father.

At the 1983 National Championships in Chicago, my team, the Detroit Metro Gymnasts, were guest performers. The day before the finals, I realized that Dianne was poised to become the All-Around National Champion the next day. I called my mom and told her she needed to drive down to see this incredible event. The next day, Dianne Durham became the first Black All-Around Women’s Gymnastics Senior National Champion. My mom was from East Chicago, Indiana, right next to Gary, where Dianne is from, and so she was doubly proud.

Those that were able to witness Dianne’s gymnastics know that she was just one of the best. The heartbreaking injuries and circumstances that prevented her from competing at the 1984 Olympics are a loss to all of us who so admired her gymnastics. 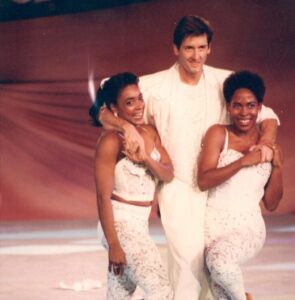 I was fortunate to perform with Dianne in numerous gymnastics shows. We had a great time performing a variety of routines, and my favorite was a trio with Dianne, Olympic champion skater Robin Cousins, and myself.

She is a legend, Dianne Durham.

Read all about the highlights of Dianne’s career here.

Watch a video clip of Dianne on uneven bars at the 1983 U.S. Nationals.