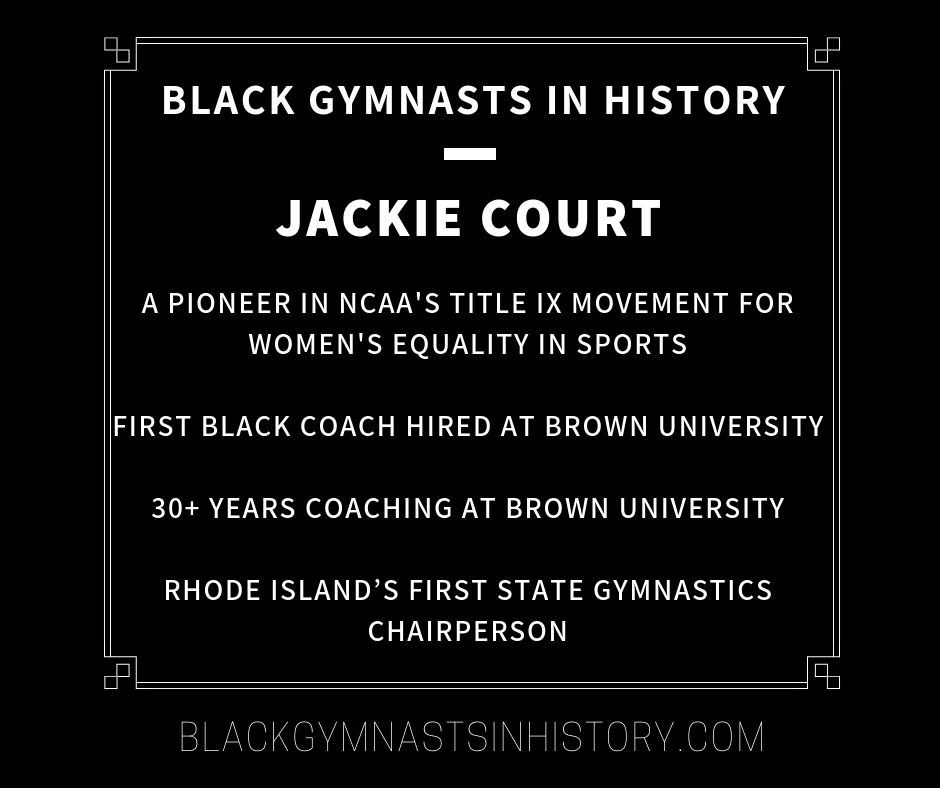 Today is National Girls and Women in Sports Day, so it is an obvious choice to feature Jackie Court! When I was President of the Women’s Sports Foundation in the mid-90s, fighting for Title IX was at the center of our movement.

Title IX is a law passed in 1972 requiring gender equity for boys and girls in every educational program that receives federal funding.

Settled after seven years in 1996, Cohen vs. Brown University was a landmark case that set the stage for female athletes to have equal access to sports, college scholarships, and much more. Amy Cohen was a gymnast at Brown and who was her coach? Jackie Court! 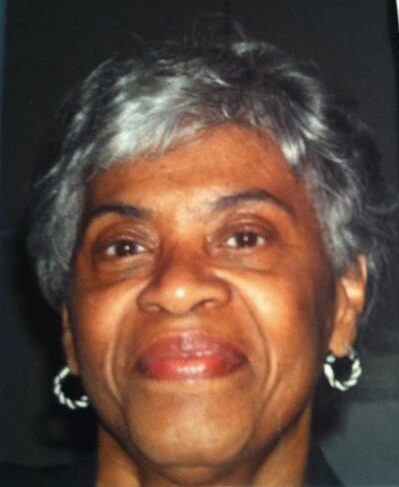 All gymnasts know how influential a great coach is – but what Jackie Court represented is the incredible impact that access to sports for girls has for everyone. (Read more about her here.)

Jackie was the voice in the early development of women’s gymnastics in Rhode Island. She organized the first tri competitive high school meet and USAG state meet. She was Rhode Island’s first state chairperson and held the position for 18 years. She was the first minority coach hired at Brown University, developed the competitive gymnastics program and coached for 33 years before retiring. She was always an active supporter of equality for women in sports. She was recognized by the NCAA Gymnastics Association for her support and actions that improved the betterment of college sports for women through Title IX.

Jackie continued to judge after coaching and passed away in 2020. Her son John Court is now the head coach for the University of Arizona’s women’s gymnastics team.

We are proud to honor Jackie Court, an inspiring trailblazer who paved the way for so many!