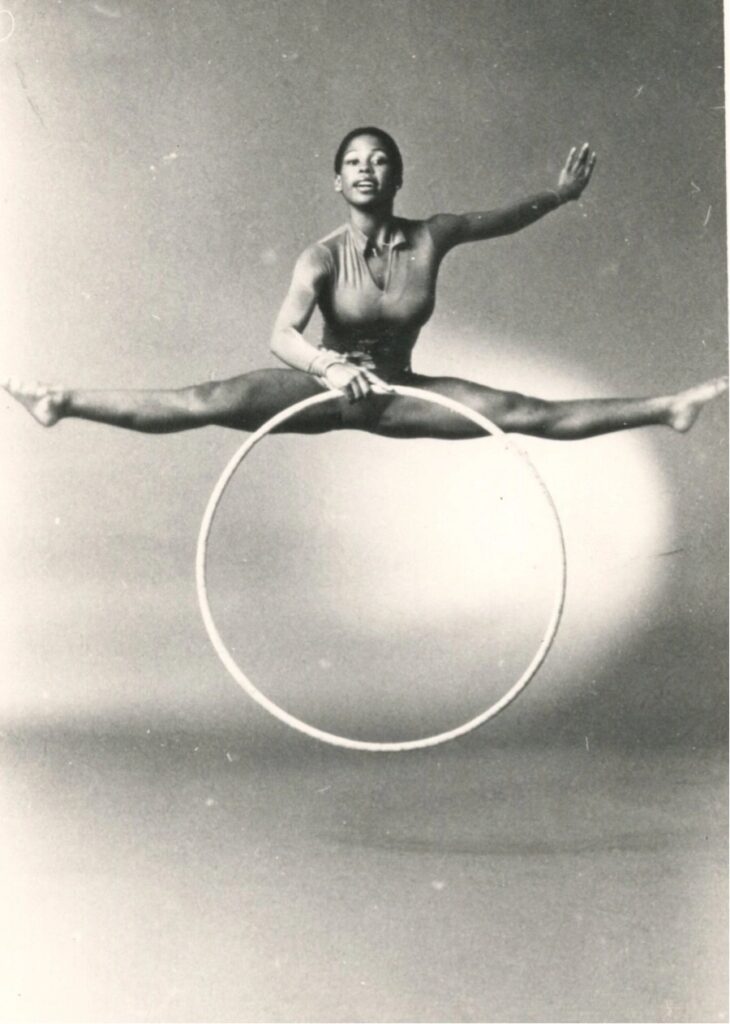 Wendy Hilliard has long been a major force in women’s, Olympic, and community sports. She was the first Black to represent the United States globally, and she remained on the Rhythmic Gymnastics National Team a record-setting nine times, serving twice as National Team Captain. Wendy competed in 3 World Championships and the 1984 Olympic Trials and traveled to over 15 foreign countries. She was a 4-time U.S. National Team Coach and coached 1996 Olympian, Aliane Baquerot Wilson. She is a Master of Sport, an honor for developing an Olympic athlete. In 2008, Wendy was inducted into the USA Gymnastics Hall of Fame.

Wendy’s non–profit organization, the Wendy Hilliard Gymnastics Foundation, has provided free gymnastics for almost 25,000 urban youth in NYC since 1996 and expanded to Detroit in 2016, which is also the year the organization launched Black Gymnasts in History.

Learn more about Wendy  or more about the Wendy Hilliard Gymnastics Foundation.