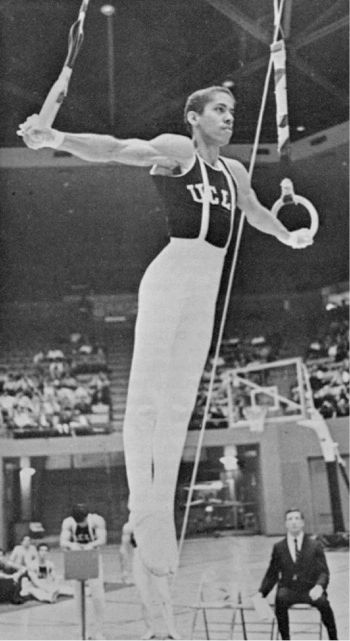 James Kanati Allen was a pioneer in Men’s Gymnastics for the U.S. A Los Angeles native, James attended UCLA, where he studied physics and earned an all-around bronze medal in the NCAA Championships. He then went on to be the first black male to be named to the U.S. Olympic team (in 1968). After the Olympics, he earned a PhD in physics from the University of Washington.

James passed away in December 2011 but his accomplishments in and out of the gym will always be remembered. We are proud to salute you!

Please take the time to read this profile on James from International Gymnast.