You know an athlete has achieved greatness when everyone knows them by their first name.

The top prize in Women’s Gymnastics is the All-Around Olympic Gold Medal. The Olympics is just its own event, and nothing matches the anticipation, pressure, intensity and drama.

I was fortunate to be able to attend this event at the 2012 Olympics thanks to my friend, Shane Geraghty, who gave me his ticket! He saw in my eyes that I just had to see this live. It was as dramatic and edge-of-the-seat thrilling as any sport event I’ve ever seen.

Adding to the Olympic Gold was her all-around silver medal at the 2015 World Championships and her performance at the 2016 Olympics, where she helped the “Final Five” win a team gold medal. Wow wow wow! It is RARE for an Olympic Champion to come back to a World Championships and another Olympic Games like Gabby did. The last Olympic Champion to return to the Games before Gabby…was Nadia! 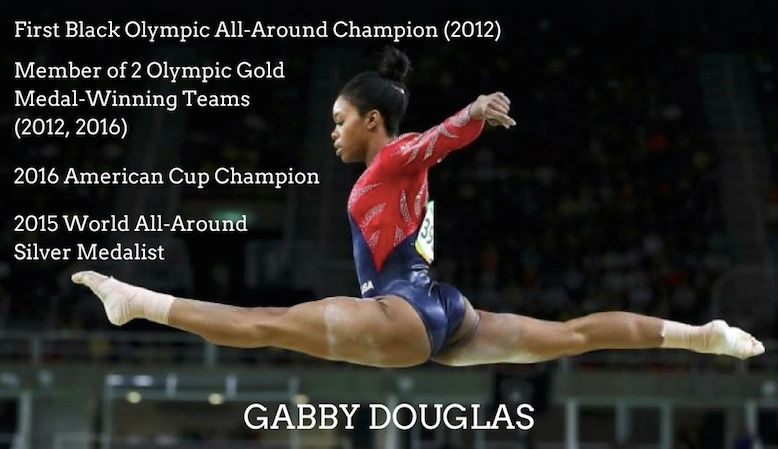 The impact of Gabby’s win, along with her comeback, resonates strongly in the sport. She pushed the door wide open and has inspired so many young athletes to the possibility of greatness.

Watch Gabby in action during her silver-medal-winning performance at the 2015 Worlds.