An artist and a gymnast! 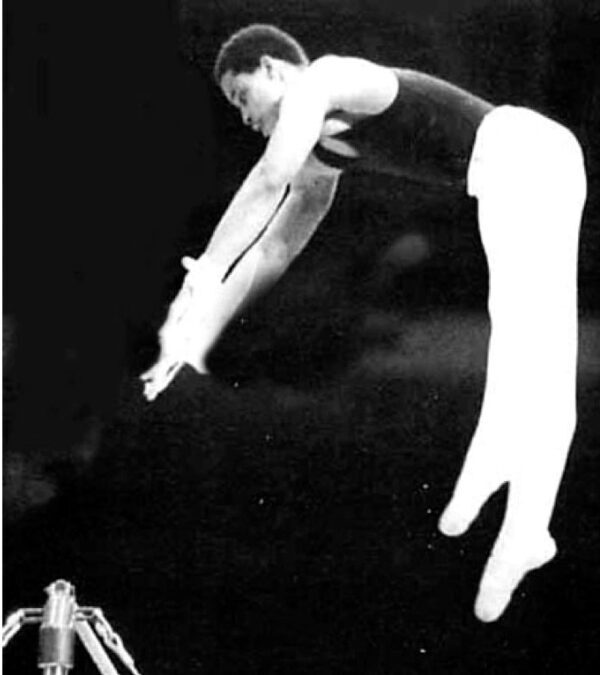 Charlie Lakes was an elegant gymnast.  He was also an artist in other areas, and it showed  in his gymnastics performances!

I worked for NBC in Seoul in 1988, so I was able to to see him in action at the Olympics.  Afterwards, we performed in several gymnastics exhibitions together. In 2003, he was inducted into the USA Gymnastics Hall of Fame.

Read all about the highlights of Charles’s career here.

Watch a video clip of Charles competing on the high bar at the 1988 Olympics.

Here, a profile piece from the 1988 Olympics.